Pollution. Living in Cities and how to keep your hair clean from the big smoke. 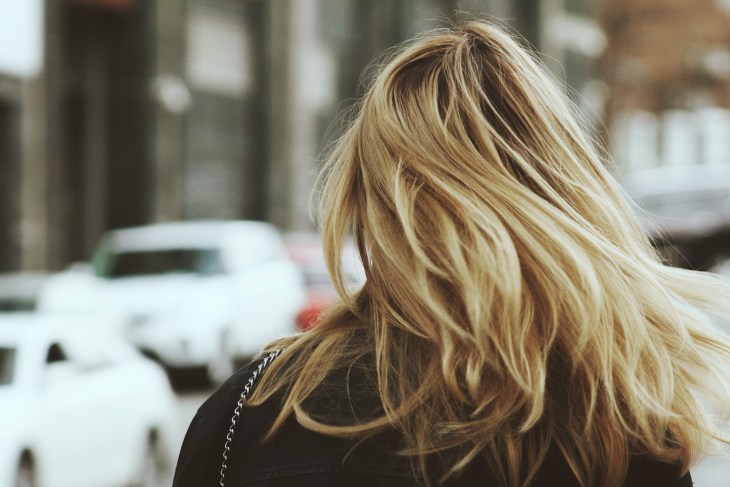 Air Pollution has been proven to be a huge problem for the environment, wildlife and humans. It is caused by the release of pollutants into the air from energy use and production, even driving a car is adding to this ever-growing problem. Sure, everybody is being careful with their carbon foot-print and becoming more aware of this (thank god!), and it almost appears to be becoming a very staple trend... but unfortunately there is no level of air pollution that isn't damaging to humans; even the tiniest bit will have a detrimental effect on us. The effects of this will start showing on our visible outer layer too, such as our skin and hair.

I personally started becoming a lot more aware of just how much it impacts our bodies when I moved back to London after living right next to Bondi Beach for 5 years. The impact on my skin and hair was huge, and in just a very short amount of time. I did some research and found out that there was a very high chance that the problems were in fact being caused by air pollution - from living in the middle of a very busy city, and especially from travelling on the underground! It wasn't just my own hair that I noticed this on, it was also my clients, even down to the brightness of their blondes.

The more research i did on it, it proved more obvious that this in fact was the case, as polluted air carries particles of soot, grime and other materials emitted from factories and vehicles. Unfortunately these particles are going to find a new home and settle on any surface they can find, including your skin and hair.

When these particles do settle, it results in a feeling of sapped moisture, which could result in leaving your hair feeling dry, brittle and appearing dull. It can also dry your scalp, leaving it itchy and flaky in appearance - sometimes even leading to hair loss! If left un-treated it could actually cause damage to the hairs cuticle and the internal hair shaft.

I also found that Air-pollution was a lot more visible on my super blonde clients whose hair would very quickly go from bright, clean and sparkling to dull and almost matte-looking in just a couple of weeks! I always think of blonde hair as a white wall, as it shows up any marks and discolours very quickly. I wanted to find the best ways around this to keep healthier, stronger hair working from the inside out.

Clearly the ideal thing would be just to cover your hair with a shower-cap every time you left the house, but that's really just not practical - plus it may not be the best look! So working with the hairs natural ability to protect from unwanted pollution seeping in, and a few great products, I seem to have found a solution.

Firstly - Its so important to not give into the urge of washing your hair everyday, on the idea that this will clean the pollution out. By doing this you would be washing out all of your hairs natural oils, which actually have the amazing ability of acting like a veil over the hair shaft. If you wash these out too much it will leave your hair dry and brittle, and result in it being more prone to be affected by Air Pollution, as the natural immunity will be lost. The hair will become more porous and will be easier for the particles to settle into.

Secondly- When you do shampoo make at least one of those cleanses a very deep one- which can normally lead to drying out the hair - but having worked with a few products and found some great ones (including Organic Colour System Activated Charcoal Shampoo, which gives your hair a deep clean but also nourishing at the same time), don't be too put of by the dark grey colour as this doesn't stain hair. For an even deeper clean and a fresh feeling, try Christophe Robin - Sea Salt Scrub. This is a great one to lift pollution particles from the scalp, almost acting like an exfoliator. Try not doing this every time you wash your hair - one out of three times is plenty, as this really will give you a deep clean. You don't want to cleanse it so much its stripping your hair of all its natural goodness!

Its also so important to be cleansing our scalps properly, as Air Pollution could eventually lead to hair loss. If the dirt particles are left untreated on the scalp the new hair follicles don't have a clean healthy base to grow from. An exfoliating shampoo would be an ideal solution to this and will also help with circulation and blood flow - prompting it to grow healthier stronger hair!

Hydration is also a key element in maintaining healthy hair free from Air polluted damage, by keeping your hair well hydrated and conditioned it is going to close down your cuticle.  Talking to alot of clients about their haircare regime at home, I was really shocked at the amount of people that don't use conditioner! as they are put off by the thought that it is going to weigh their hair down, infact is just as important as shampooing. Shampoo naturally opens the cuticle of the hair allowing all of the dirt to be cleansed out, conditioner acts as a sealer. If the cuticle of the hair shaft isn't closed properly you are going to cause further damage leading to all of the goodness seeping out of your hair, but also letting particles of dirt and soot from air pollution in!

Think of an open hair shaft as a sponge with all the holes letting everything quickly absorb into it, if this is closed the hair will appear smoother and shinier and act as a veil to protect against pollution entering.

Leave in conditioners are also a great follow up to your haircare regime, as these also act as a shield. Smooth a little through mids and ends before drying and you'll be sure to keep the hair free from unwanted build up! S A Y A oils are also a great option to pull through dry hair on non hair-wash days to keep that cuticle smoothed down and tightly shut!